The agents of Liverpool strikers Mario Balotelli and Fabio Borini have moved to clear up speculation about their respective clients’ futures.

Both players have been linked with returns to Italy during the January transfer window, but their agents have now rubbished those rumours.

“[Balotelli] has a contract with Liverpool and can’t really be offered to other clubs,” said agent Mino Raiola. “He chose to leave Italy and was aware of what he was leaving; he hasn’t had the success he was hoping for, but he still needs time.” he added.

He said that Juventus have denied their interest in him, and he has had absolutely no contact with Inter, so that’s the current situation now.

Both players look set to slip further down the pecking order at Anfield in the following months, as Daniel Sturridge is set to return from his long injury lay-off and Raheem Sterling to come back from a mid-season break in Jamaica. 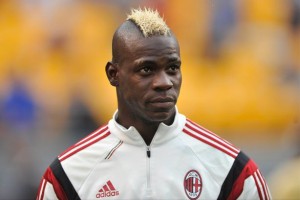 Borini started the win over Sunderland on Saturday with fellow countryman Balotelli featuring from the bench. Borini’s representative, Marco de Marchi, has also denied his player will be leaving Anfield.

“Borini will not return to Italy in January,” he said.”He is happy with Liverpool, the club he is playing for.” de Marchi added.

Meanwhile, gaffer Brendan Rodgers has already admitted that there will be little to no business at Anfield during this transfer window, stating that any departures are likely to be players leaving on loan.