Manuel Pellegrini is optimistic about James Milner, and hopeful that he will sign a new contract with Manchester City in the next few days. The midfielder’s current deal expires in the summer and he is allowed to discuss a free-transfer move to another club already.

The 29-year-old, who has been linked with Liverpool, refused to discuss a new contract in the summer because he had not started as often as he would have liked.

Milner has been involved more in the current campaign but talks stalled when he told City to come back with a final offer. However, Pellegrini, who has expressed his eagerness to keep Milner, believes City could be near a breakthrough. 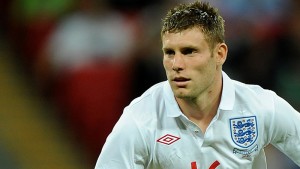 “I hope that James will stay here and he will sign his contract in the next few days.”said the Manchester City gaffer.

Milner, who has made 28 appearances for City this season, missed Saturday’s 1-1 draw against Everton with a minor injury.

But 19-goal top scorer Sergio Aguero made his comeback after a month on the sidelines with a knee injury and Pellegrini believes the Argentine, who was used as a substitute at Goodison Park, will soon be back to his best.