Following a glut of sensational displays between the sticks, Spain international, David de Gea has established the reputation of one of the best goalkeepers on the planet. The Manchester United man is in the form of his life and it is his performances that have kept Louis van Gaal’s team in the top four.

However, such displays have also attracted a lot of interest from Real Madrid who see the youngster as the perfect replacement for Iker Casillas as the legendary Madrid number 1 aims to seek pastures new. Reports claim that Madrid are set to make a bid for the former Atletico Madrid shot-stopper and Jamie Carragher believes that United might find it really hard to hold on to their star custodian if the reigning European champions come calling. 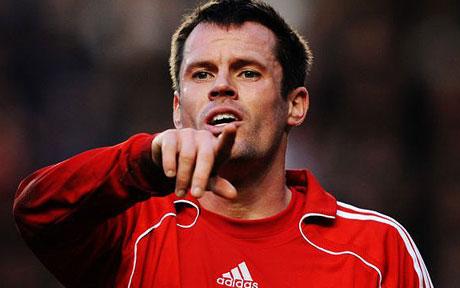 While talking to the media, the former Liverpool man said that Van Gaal would be worried about De Gea’s new contract and this could prevent the player in committing to a long term deal.

‘The worry for Louis van Gaal may be how close is De Gea to signing a new contract. That maybe in the back of his mind.’