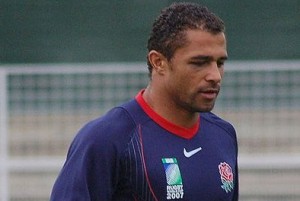 Former England international and Rugby World Cup winner Jason Robinson has hit out at the individuals amongst the squad who were responsible for the reported off-field issues, claiming they had not repaid the faith put in them by manager Martin Johnson.

England’s World Cup campaign came to an end last Saturday when they were defeated by an all improved France side who now go on to the semi finals for a match up against Wales.

Robinson believes that had the team performed well then any off-field issues would have been long forgotten and the former winger admits to feeling sorry for Martin Johnson.

“I do feel, dare I say it, sorry for Martin Johnson, the guys have not repaid him, he’s protected them, he’s given them some slack, some say too much slack, and unfortunately they’ve not repaid that. They’ve let him down at times and unfortunately throughout the World Cup we’ve been talking more about what’s gone on off the field than what’s happened on it.”

“A lot of these things that happened off it would have been forgotten a long time ago if England had been performing, because they haven’t it’s just been one thing after another resulting in the ferry incident which is almost childish, I mean why would you do it? I don’t know.”

“But unfortunately it’s brought unnecessary criticism of an England team and everyone is even more disappointed now.”