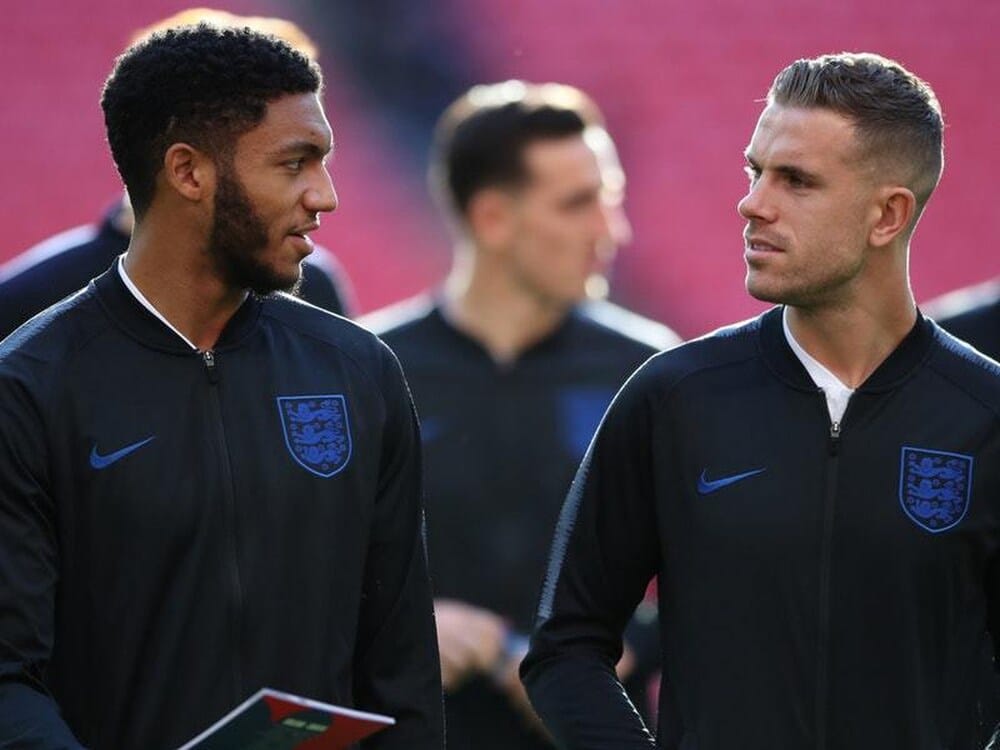 Liverpool’s Joe Gomez and Jordan Henderson have withdrawn from England’s squad to face Kosovo on Sunday.

Gomez sustained a knee injury in training after an an accidental clash with Kieran Trippier, whilst Henderson has failed to fully recover from a viral infection.

A statement from the FA confirmed:

‘Henderson arrived in camp with a viral infection that has not fully cleared.

‘Meanwhile, Gomez sustained a knock in training on Friday and has not recovered sufficiently enough to travel.

‘The pair now return to their club meaning England headed to Pristina with a 23-man squad.’

The latest development comes after Gomez clashed with team-mate Raheem Sterling earlier in the week at St George’s Park.

Gomez was subsequently booed by a minority of England fans at Wembley during the 7-0 win against Montenegro on Thursday evening.

In a Twitter post following the match, Sterling described this treatment as ‘wrong,’ accepting the incident was ‘my fault,’ as had widely been reported.

“No, I don’t understand it. No England player should ever be booed.

“We’re a team, Joe has done nothing wrong, absolutely.

“I’ve made that clear earlier in the week, so I don’t understand that.

It’s unclear whether Gomez’s withdrawal from the squad may be linked to these events, as he was reportedly left devastated afterwards and rightly receiving close support from his manager, team-mates and family.

Henderson, meanwhile, who missed the Montenegro game through suspension, is thought to have acted as a crucial peace-maker between Gomez and Sterling due to his close relationship with both players.

Providing the injury and illness respectively aren’t too serious, the majority of Liverpool fans will likely be pleased with their withdrawal with neither Gomez or Henderson risked for what is effectively a dead-rubber in Pristina on Sunday.

England are guaranteed top spot having confirmed qualification for next summer’s European Championship as a result of Thursday night’s win, while Kosovo’s defeat against Czech Republic the same evening means they can no longer qualify for their maiden major finals via the traditional qualifying route.

They will have another chance to do so in March’s play-offs, though, due to their performance during the UEFA Nations League.

Belarus, Georgia, and one of North Macedonia or Luxembourg will stand in their way in ‘Path D’.