Home » Football » Liverpool » Jordan can be a leader at this club, says Rodgers

Jordan can be a leader at this club, says Rodgers

Brendan Rodgers believes Jordan Henderson has all the necessary attributes to be a leader at Liverpool when Steven Gerrard brings his momentous 17-year Anfield career to its conclusion in May.

Liverpool Captain, Gerrard who announced on Friday that the next five months will be his last for the Reds as the iconic captain will seek a new footballing adventure in the United States when the current season finishes.

The manager is determined to look to the future, too, and insisted he will search for new leaders within his current squad, as he challenged his players to stand up and be counted. 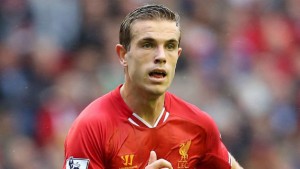 Jordon Henderson, who was installed as vice-captain in September after completing a remarkable rise from the fringes of the team to the heart of the side, is one person in particular to whom Rodgers will turn.

And the Northern Irishman revealed that positioning the 24-year-old as understudy to Gerrard earlier this year was a move that was undertaken in order to help the No.14 develop his leadership skills further.

Rogers said that they want someone who can offer that wisdom and knowledge throughout his years here, which Gerrard did over the years.And that’s something that Jordon is very keen to do and something he has been doing, in learning from Steven.