The Colombian international signed for Manchester United from AS Monaco on a season long loan with a view to a permanent move. However, the striker’s form so far has not been the one that made him one of the top marksmen in world football during his time at FC Porto, Atletico Madrid and the Ligue 1 side.

Moreover, the striker has also had to deal with various injury worries that have hampered his performances quite a lot. And although he hasn’t fared that abysmally as has been made out in the media, it appears that Louis van Gaal might not view the player in the long term and won’t be sanctioning a permanent move for the striker. 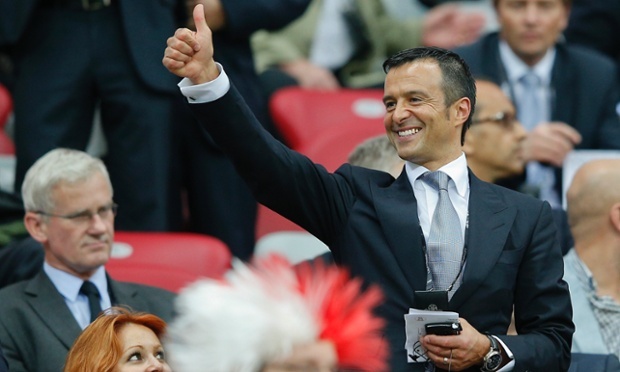 However, the player’s agent, Jorge Mendes, is not fazed by his client’s troubles in Manchester and says that the player will be playing for a really big club next season even if that club is not Manchester United.

While talking to reporters, Mendes stated that it is difficult for Manchester United fans to see the real Falcao due the injuries he has had but in time, he will show his true potential, if given enough time on the pitch.