Serie A Live Streaming : Inter Milan look to stop Juventus’ hot streak in the Derby D’Italia and stay in contention for a European spot 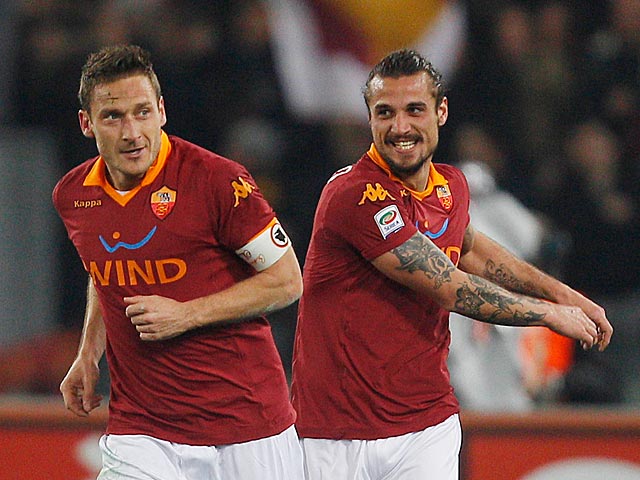 Juventus are considered to be 4/9 favourites in the Derby D’Italia against Inter Milan whilst Genoa host Sampdoria in the latest edition of the Derby Della Lanterna.

The ‘Old Lady’ have taken Serie A by storm for much of this season but their good run is set to come under scrutiny from an Inter Milan side desperate for a win in the Derby D’Italia.

In one unusual change, Marco Storari will start in goal for the defending champions after Gigi Buffon was sent off last week against Lazio.

Having been fairly busy in the transfer window, Juventus could hand a start to Dani Osvaldo after the striker joined from Southampton in a late deal on transfer deadline day.

Inter’s season has been a mix of highs and lows and some poor results on the road have left the Nerazzurri sitting in fifth spot and occupying the final European spot.

The only change that faces the visitors is that Argentinean midfielder Esteban Cambiasso is out injured meaning that Zdravko Kuzmanovic is likely to take his spot in the side.

Alongside that, the likes of Diego Milito and Rodrigo Palacio will be desperate to find the back of the net and pick up Inter’s first away win since the start of November.

In the other main fixture of the weekend, Genoa will find themselves hosting Sampdoria as the Derby Della Lanterna takes centre stage on Monday night.

The hosts are the better placed of the two Genoese sides having managed to climb up to 11th in the table at the halfway stage of the season.

Indeed, the host are unbeaten at home under current coach Gianpiero Gasparini in a streak that stretches back to October although Alessandro Gamberini will be a loss in the middle of the park for the hosts.

Sampdoria have managed to overcome their poor early form to climb up to thirteenth in the table moving five points away from the drop zone.

The only absence for Sampdoria going into the derby game is that Andrea Costa is out on the sidelines meaning that Lorenzo de Silvestri is likely to take his place in the defence.

With derbies ruling the roost in Serie A this weekend, it could alter the momentum and the paths of many top teams going into the business end of the season.