Karim Benzema could be on his way to Liverpool next summer

Real Madrid plan on selling Karim Benzema to Liverpool to fund a move for Paris Saint-Germain striker Edinson Cavani. The Frenchman will transfer to Liverpool in summer this year.

Benzema has been linked with a move to Anfield in recent weeks as a replacement for failed summer signing Mario Balotelli. He is reportedly keen on a move to the Premier League due to growing tensions between him and Real boss Carlo Ancelotti. 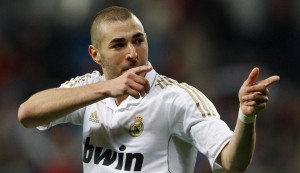 According to the reports in Spanish media, Madrid are prepared to sell Benzema next summer for around £40m. As, the European champions plan to reinvest the money to sign PSG hitman Cavani, who is also unsettled and looking for a new club.

Parc des Princes tactician Laurent Blanc continues to play the Uruguayan out of position on the flanks, favouring Zlatan Ibrahimovic as the centre forward.

Real will, however, need to compete with Arsenal for the 27-year-old’s signature, with a fee of £50m believed to be enough for PSG to sell the Uruguayan international.

As, Liverpool are desperate to strengthen their misfiring strikeforce after exit of Luis Suarez and  acknowledging £16m signing Mario Balotelli isn’t up to scratch.