Kurt Zouma out as Chelsea Preparing for Raphael Varane

According to reports, the Blues are in line to beat Manchester United to the signing of Raphael Varane by preparing a loan move for Kurt Zouma in order to make room for the Real Madrid star.

Zouma has been in good form, but Jose Mourinho believes his limited playing time is halting his development and is now considering a loan move which could see him join Inter Milan for the rest of the season.

The Former Manchester City manager Roberto Mancini, who now manages the Serie A side, is said to already be open to a possible link up with the Blues starlet to aid his squad. 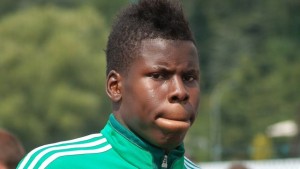 The 20 years-old move now replies on Mourinho’s ability to negotiate a deal to bring the out-of-favour Madrid star to Stamford Bridge for a estimated fee of £20million.

Manchester United are also linked with the 21-year-old France international and although Varane is not getting the amount of playing time he expects, he has admitted that he wants to stay in the