The Argentine international,  Ezequiel Lavezzi has been linked with a cut-price move to Anfield. Despite Liverpool gaffer Brendan Rodgers recently playing down the prospect of new arrivals during the current transfer window, the speculation has continued unabated.

The latest name to be strongly connected with a move to Merseyside, most prominently in the English media, is experienced Paris Saint-Germain forward Ezequiel Lavezzi. The 29-year-old, no stranger to stories of a possible transfer to the Premier League, is largely kicking his heels at the Parc des Princes at present.

With only eight league starts to his name this season, and without an appearance of any description in the past month, Lavezzi has seemingly become a bit-part player for Parisians coach Laurent Blanc.

There has even been talk of a rift between the two also in some quarters, while the lingering threat of further Financial Fair Play sanctions against the club could also potentially help facilitate a parting of the waves. 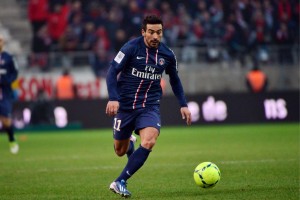 As, the Argentina’s star is a powerful striker. In addition he can also play out wide or as an attacking midfielder, joined PSG from Napoli back in 2012 for around £20m.

The reported fee for Lavezzi is £8m with Blanc apparently looking to use the money to help fund a move for Benfica winger Nicolas Gaitan.