The Reds winger Lazar Markovic is almost certain to start against Chelsea in the first leg of their Capital One Cup semi-final this evening, according to Tony Barrett.

Markovic has warranted a recall to Brendan Rodgers’ starting line-up in recent weeks after some stellar performances, including his match-winning solo display against Sunderland just over a week ago. 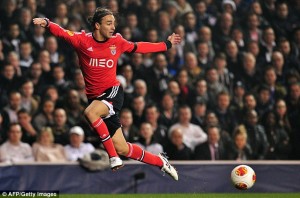 The 20 years-old winger scored the only goal of the game and came close to scoring a Goal of the Season contender as his acrobatic volley from outside the penalty area hit the crossbar and bounced away to safety.

After a slow start in England, Markovic has adapted to the pace and ferocity of the Premier League and combated that with his quick feet and eye for a pass and will now almost certainly keep his place on the right-hand side of Brendan Rodgers’ new 3-4-2-1 formation.

For a long time last year, the Serbian was linked with making a move to Chelsea, with reports in the media going back as far as June 2013 stating that he’d joined the Blues and been loaned out to Benfica.

He has joined Benfica, but on a permanent deal, and then made his £19 million, as per reports in media, deal to Liverpool last summer in a big overhaul of playing staff at Anfield.