In a bid to add more feistiness to their attack, Italian Serie A highflyers, Lazio have identified Javier Hernandez as the striker who they feel will help the team in the long term. 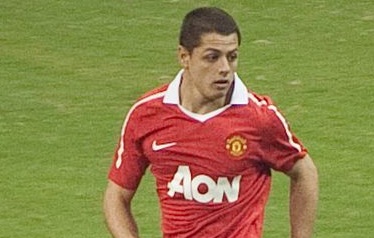 The Mexico international is currently on loan at La Liga outfit Real Madrid where he has thus far been unable to play a lot of games since joining from Manchester United last summer. And, it is quite clear that he will be sold by his parent club in the summer transfer window as manager, Louis van Gaal does not see him in his long term plans at Old Trafford and will have no qualms about letting go of the out of favor striker.

Moreover, Chicharito also understands that he needs to seek a new club in order to revive his career which started so well when he came to Manchester United a few years back.

And although Van Gaal is keen on signing a new striker for next season, he would not really be upset if Hernandez specifically asks to be sold since this could be something beneficial for all parties.