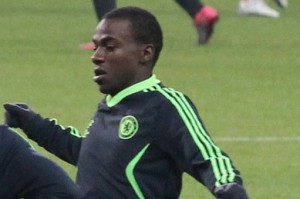 French side Lille will look to Chelsea winger Gael Kakuta over the coming months as they seek a long term replacement for the outgoing Eden Hazard.

The French side are coming to terms with the fact that Hazard wishes to leave for a bigger club and have pinpointed Kakuta as a reasonably priced alternative leaving enough spare change to invest elsewhere. The 20 year old has not had the easiest of times at Stamford Bridge since his move from Lens in 2007.

In fact, since his arrival he has made only six Premier League appearances for the West London side and has been shipped out on loan to both Fulham and Bolton Wanderers this year.

With Kakuta’s loan deal at Bolton likely to end in January, Lille will not be wanting to spend any cash until the summer once a fee for Hazard has been agreed and although a move back to his homeland might not be the favourite of choices for Kakuta it may remain the one option that will see him gain valuable first team experience.

Although Chelsea are rumoured to be interested in Eden Hazard it is not believed that a deal with Kakuta will have any baring on the future of the Belgian international.