Lionel Messi hits out at rumours about his move to Chelsea

The Argentina’s and Barcelona star Lionel Messi has angrily hit out at rumours claiming he wants to leave the Camp Nou and will move to Chelsea.

He insists that neither he nor his father have been in contact with Chelsea or Manchester City regarding a potential move to the Premier League this summer.

As, the speculation has been rife over the past week that Messi is planning to leave Barcelona having become increasingly disillusioned with the current situation at the Camp Nou. 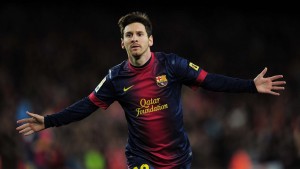 Spanish sources were convinced Messi had fallen out with Barcelona’s head coach Luis Enrique, while it was even reported last week that the Argentina captain had spoken with the club’s president Josep Maria Bartomeu expressing his wish for the manager to be fired.

But speaking after Sunday’s 3-1 victory over reigning La Liga champions Atletico Madrid – in which Messi produced a virtuoso display, getting himself on the score sheet in the process.

The Barcelona No. 10 said that stories about him wanting a move to the Premier League were all lies. “I have never demanded anything to stay because I don’t have any intention of going,” said Messi