According to media reports, Liverpool boss Brendan Rodgers is keen on making a sensational swoop for striking duo Karim Benzema and Alexandre Lacazette of Real Madrid and Lyon respectively.

Loverpool have struggled for goals all season with Daniel Sturridge’s long-term injury lay-off and Mario Balotelli failing to impress, which may tempt Rodgers into making a late move in the January transfer window. 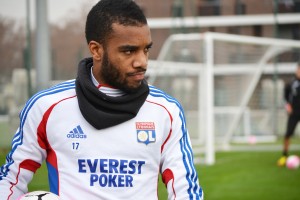 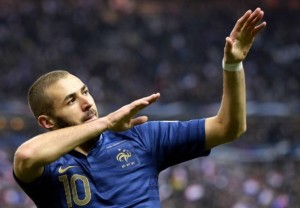 As it was reported earlier in the week by Metro that the Liverpool boss was hoping to complete a £38m deal to bring in Real Madrid’s Karim Benzema, there are new reports that

The Lyon centre forward, Alexandre Lacazette has been in superb form this season for the French side, scoring 23 goals to date.

While, Benzema has scored 15 times in all competitions for Real so far this campaign. The 27 year-old Frenchman scored against Liverpool in November in the Champions League group stages at the Bernabeu.

The French star is  one of Real Madrid key player from a Long time but the reports suggest that he has some issues with gaffer Carlos Ancelotti in recent time. That’s why the striker is looking for a move to Premier League.