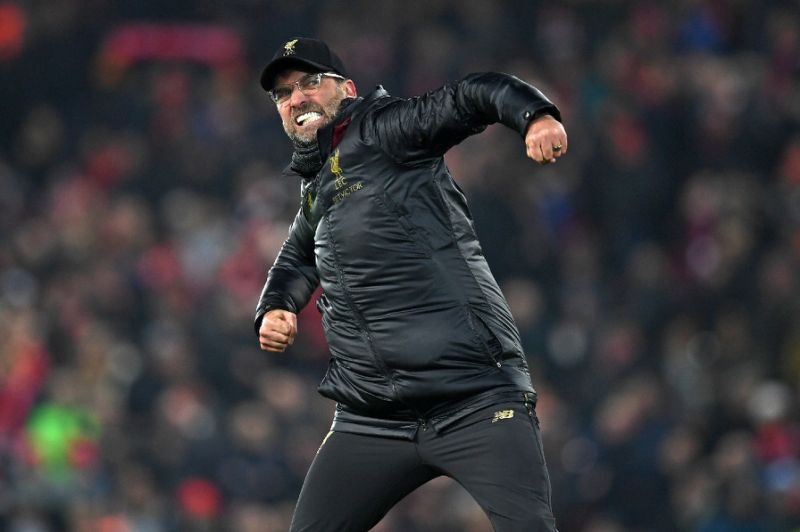 This was the German’s team’s first clean sheet in 14 games and the boss stated that the players were ecstatic in the dressing room following their win over the Cherries.

The 52-year-old encouraged his players to kick on and keep a few more as the season progresses and he joked that he had forgotten what it felt like to keep a clean sheet.

Liverpool’s win over Bournemouth helped them continue their incredible run of form as they have now made it 33 games unbeaten in the Premier League.

With Manchester City also losing 2-1 to bitter rivals Manchester United over the weekend, Klopp’s team are now 14 points ahead of the reigning champions.

However, former Liverpool boss Brendan Rodgers and his side Leicester City are still keeping up with the Reds, having won their last 8 games.

They only sit 8 points behind the league leaders and are comfortably in second place with a top-four finish looking extremely likely under the Northern Irish manager.

Liverpool are, of course, heavy favourites to lift their first-ever Premier League title with the bookies setting their odds at 1/7.

Manchester City are the second favourites with odds drifting to 8/1 whereas Leicester’s odds have shortened to 14/1.

Liverpool have only failed to gain three points in a league fixture once this season and that was against rivals Manchester United in what was a tightly contested 1-1 draw.

Therefore, it is no surprise to see the charismatic German be so excited about keeping a clean sheet and the former Borussia Dortmund manager is hoping that his team can keep some more in the Champions League.

The reigning European champions need a draw against RB Salzburg, which is their next fixture, to qualify but a win would mean that regardless of other results in the group, they will finish top.

A clean sheet against Jesse Marsch’s side is difficult considering the fact that Salzburg have one of the most in-form and young strikers in the world in Erling Braut Haaland, who has scored in all five of the group stage games so far.