The Reds owners Fenway Sports Group agreed to stump up huge cash to sign Radamel Falcao on loan. But the move broke down after Manchester United made a last-minute swoop to bring him to Old Trafford on deadline day.

According to reports in media that a £12m season-long loan deal was approved by the Reds’ money-men FSG in August.  The American chiefs have a transfer policy to invest in young talent with huge potential. 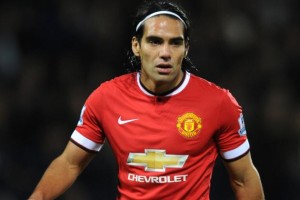 But they banked £75m from the sale of Luis Suarez to Barcelona and were willing to make the big sacrifice in the hope that Falcao could fire them to the Premier League title.

The Anfield side reportedly agreed to pay Falcao’s mammoth wages of £265,000-a-week and the deal with Monaco had an automatic £40m clause to buy him at the end of the season.

The 28 year-old has failed to hit it off at United and Louis van Gaal is not thought to be keen on signing him permanently.  They too have an agreement to buy him for a set fee of £43m at the end of the season.

“We don’t know what will happen. What we do know is that he will play for one of the very best said: clubs in the world next season, whether that is Manchester United or not. I am 100 per cent sure of that.” said Jorge Mendes, the Colombian striker’s agent.