The Reds are close to completing the signing of Real Madrid striker Karim Benzema, according to the English media. Liverpool gaffer Brendan Rodgers has tried to sign the Frenchman in the past, as he is a big admirer of him.

The France International only signed a new five-year-deal at the Santiago Bernabeu in October, so it seems unlikely he would be prised away from the Spanish capital so soon after.

But, the report in media claims a £38 million bid is on the brink of being lodged with the European champions, as Liverpool look to replace the goal scoring exploits of Luis Suarez. 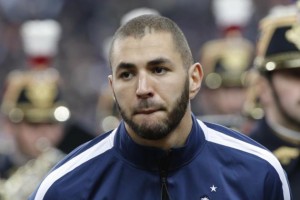 Liverpool star moved to Barcelona for £75 million over the season, having hit 31 Premier League goals last time out, with Liverpool finishing in second place thanks to his goals.

After that the Reds brought in Mario Balotelli and Rickie Lambert for a combined £20 million to replace the prolific South American, but it has not worked out so far. The loss of Daniel Sturridge to injury has further hindered their effectiveness in front of goal which also spoils their performance this season.

Now their urgent need for a striker has fuelled speculation, with wild reports such as that of the star’s claiming the Benzema deal is near to completion. The Frenchman has been directly involved in 16 goals in 16 Liga games this season, scoring eight and assisting eight.