Liverpool look to build on in 2015

Liverpool actually looked like Liverpool again on Monday night against Swansea. It’s been a while since they played like they did, in fact it’s probably their best display since beating Manchester City at Anfield back in April.

As for most of this season this group have looked like a bunch of impostors, completely unrecognisable from the side that was on top between January and April early in 2014.

Mostly this point is largely been attributed to the absence of Luis Suarez and Daniel Sturridge, yet neither were on the field as the Reds swarmed all over Swansea in a 4-1 victory that could, and probably should, have been even more emphatic.

It was certainly a fitting way to sign off 2014 and gave hope of better things to come in the New Year. 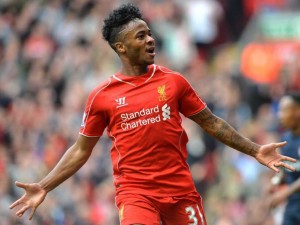 The one constant in the front three from this season to last was Raheem Sterling.Although his position on the field has now changed as has his place in the pecking order. He’s gone from being the third man to the top.

Adam Lallana and Philippe Coutinho are clearly not going to contribute the 50 goals that “the SAS” did last season, but they at least now look to be close to recapturing that swashbuckling style of football again for the Reds in coming year.