According to the reports, the Reds could make one last attempt at completing a January deal by making a move for Birmingham City starlet Demarai Gray, a player who is also being tracked by a number of other Premier League clubs.

He is a promising winger who is highly regarded by current manager Gary Rowett and has also attracted interest from Tottenham Hotspur and Crystal Palace.

On other side from the abov 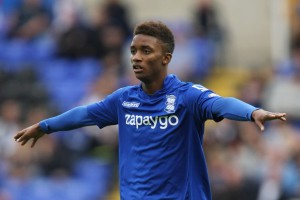 e mentioned English clubs, Austrian side Red Bull Salzburg are said to have already tabled an offer in regards to the services of the Birmingham attacker, but it is thought Brendan Rodgers’ side have been given first refusal on any deal.

Liverpoool have already negotiated a deal stating that they will have the chance to match any incoming offers for Gray with the agreement being previously reached in regards to Jordan Ibe’s loan move last season.

Rowett revealed that he believes if his star player is keen on a switch, he should only make a move to a top Premier League side.

“He’s a fantastic talent. I think he’s best served being here until an opportunity comes his way that is befitting of his talent,” said Rowett

“For me at the moment it’s only probably a top-four team that can do that. That’s not being disrespectful to anyone else.” he added.