According to reports in media, Liverpool on Tuesday have rejected Parma’s attempts to take out-of-favour striker Mario Balotelli back to Italy.

The Sky Sport Italia journalist Gianluca Di Marzio claims that the Serie A club are looking to bolster their attack for the remainder of the season, with Balotelli seen as the perfect acquisition.

It’s reported that Liverpool are not considering selling the 24-year-old this month though, and that he will remain at Anfield until the summer at least.

The controversial Italian is seemingly becoming more and more of a fringe player under Brendan Rodgers, having scored just two goals for the Reds in 18 appearances. 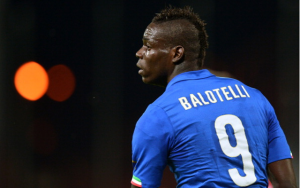 He made the headlines on Monday once again, having been spotted having dinner with friends in Manchester, just 24 hours after supposedly missing the 2-0 win over Aston Villa through illness.

While it may be a story blown a little out of proportion, it once again raises question marks about both the Italian’s professionalism, and whether Rodgers was just down-playing the fact he had left him out of his squad out of choice.

Balotelli hasn’t started a game for Liverpool since early November. The former AC Milan star couldn’t manage a single goal in the Premier League season so far. However, he had scored a goal for Liverpool in Champions League.