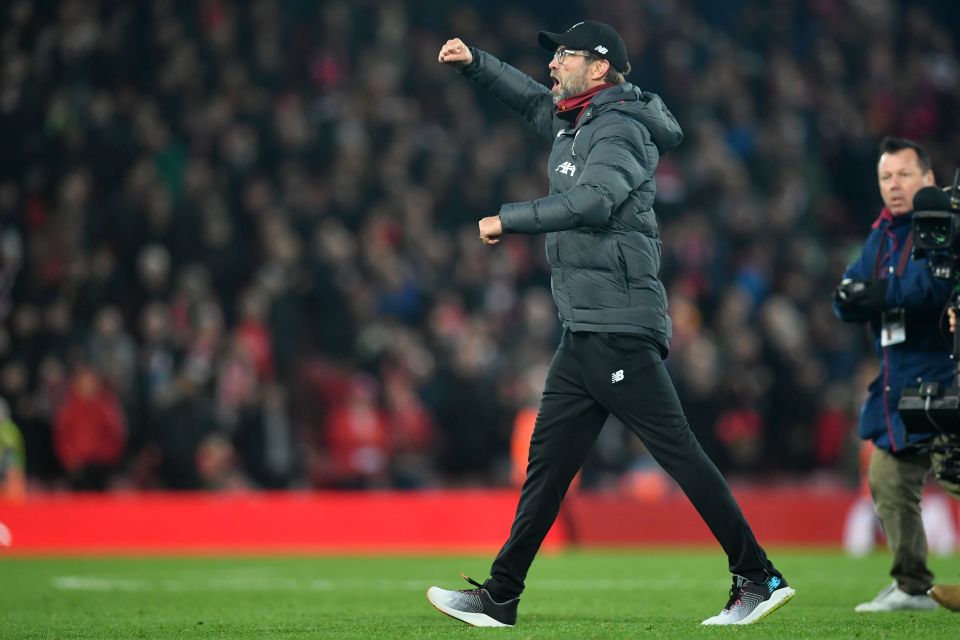 Liverpool head into the November international break with an eight-point lead at the top of the Premier League table after defeating Manchester City 3-1 at Anfield on Sunday.

Jurgen Klopp described the position his side find themselves in at such an early stage of the season as ‘crazy’ but insisted his team are not feeling any pressure – yet.

“That’s crazy. Nine points, you cannot imagine that something like this happens,” the German told reporters, referring to the nine-point gap opened up between Liverpool and last season’s champions Manchester City, who have now slid to fourth place behind Leicester and Chelsea.

“The pressure is not there yet. Maybe it will come, but in the moment it is just opportunity and go for it, do the work, throw all in what you have and then let’s see what happens.”

Such caution is understandable given that Liverpool found themselves in a familiar position last season, only for City to overhaul a seven-point deficit by winning fourteen consecutive matches to close out the season.

But on Sunday’s evidence, this is a different Liverpool now. They’re the champions of Europe; the ‘mentality monsters’ as Klopp has frequently described them, and will take some stopping.

Last season, when City visited Anfield at a similar stage of the season, there was a degree of fear from the home side – and they were fortunate to avoid defeat after Riyad Mahrez missed a penalty late on.

Lessons appeared to be have learned from that mentality – and the dropped points which proved decisive as City won the title by a solitary point – as they took the game to City far more this time around.

Indeed, it may be a different City this campaign, too. Despite pinning Liverpool in their own defensive third at the back-end of both halves, City’s defensive vulnerabilities were ruthlessly exposed by two counter-attacks in the first thirteen minutes.

“In the beginning, not only because of us, it was wild … We scored two incredible goals,” Klopp gleefully said.

“The second goal we scored, I don’t think I ever saw a goal like this. A right full-back with a 60-yard pass to the left full-back; two more touches and a cross over 40 yards, and a header. That’s pretty special.”

It could have been very different. In the build-up to Fabinho’s opener, the ball appeared to strike Alexander-Arnold’s arm in Liverpool’s penalty area, albeit directly ricocheting from Bernardo Silva’s arm, too.

City manager Pep Guardiola was incensed, raising two fingers in the air to imply ‘twice’ after another debatable handball incident in the second-half, but Klopp remained nonplussed on the issue.

“I didn’t see it yet, the handball before Fabinho scores. I can’t say anything about it.

“What I heard was handball from Bernardo Silva, I don’t know, but I can imagine it’s not a situation Pep is really pleased with. That’s normal.”

The debate will rumble on, but Fabinho’s goal stood – as does Liverpool’s lead at the top.