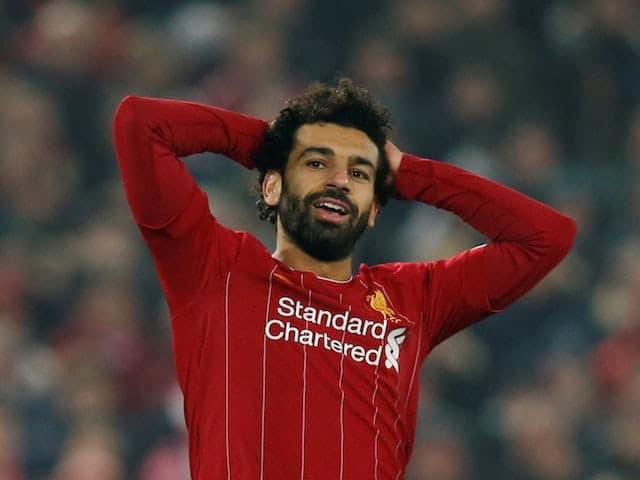 Liverpool manager Jurgen Klopp has revealed he will leave it late before deciding whether Mohamed Salah will feature against Crystal Palace in Saturday afternoon’s fixture at Selhurst Park.

We revealed last week that Salah would be a doubt for the trip to south London.

The Egyptian forward missed his country’s international matches during the break with an ankle injury, and was pictured wearing a protective boot on his left foot.

The injury was originally sustained in October’s win over Leicester City following a hefty tackle by midfielder Hamza Choudhury, who was booked for the challenge, and it is proving a difficult knock to fully recover from.

Salah was seen clutching the damaged ankle after a firm but fair tackle by Manchester City’s Fernandinho during the epic 3-1 win over last season’s champions, which was Liverpool’s last match.

Indeed, he has not lasted 90 minutes in a league game since being stretchered off against Leicester seven weeks ago.

Asked for an update on the back-to-back Premier League golden boot winner in his pre-match press conference, Klopp said:

“Yesterday he trained. He trained the whole time since he was here, but only the things we wanted him to do.

“Today is another important session to see how it looks and we can make the decision. It’s not that it got worse but it’s still kind of there, that’s the problem.

“We have to be sensible with things like this.

“But I didn’t make the decision. If I would have made a decision, I probably wouldn’t have told you now, but it’s true I have to see the session today.”

Full-back Andrew Robertson is also a doubt for the match and, like Salah, will be heavily assessed before any decision is made.

However, Klopp had positive news on central defender Virgil van Dijk, who missed the Netherland’s win against Estonia on Tuesday, revealing: