Liverpool were interested in re-signing their former player Philippe Coutinho when he was made available by Barcelona last summer.

The Brazillian moved to that Catalan giants from Merseyside for a mouth-watering £145m but was unable to fit in alongside the great attacking talent at the club.

The midfielder opted to join Bayern Munich, who have loaned him for £19m with an option to buy him out-right in the summer for £108m. 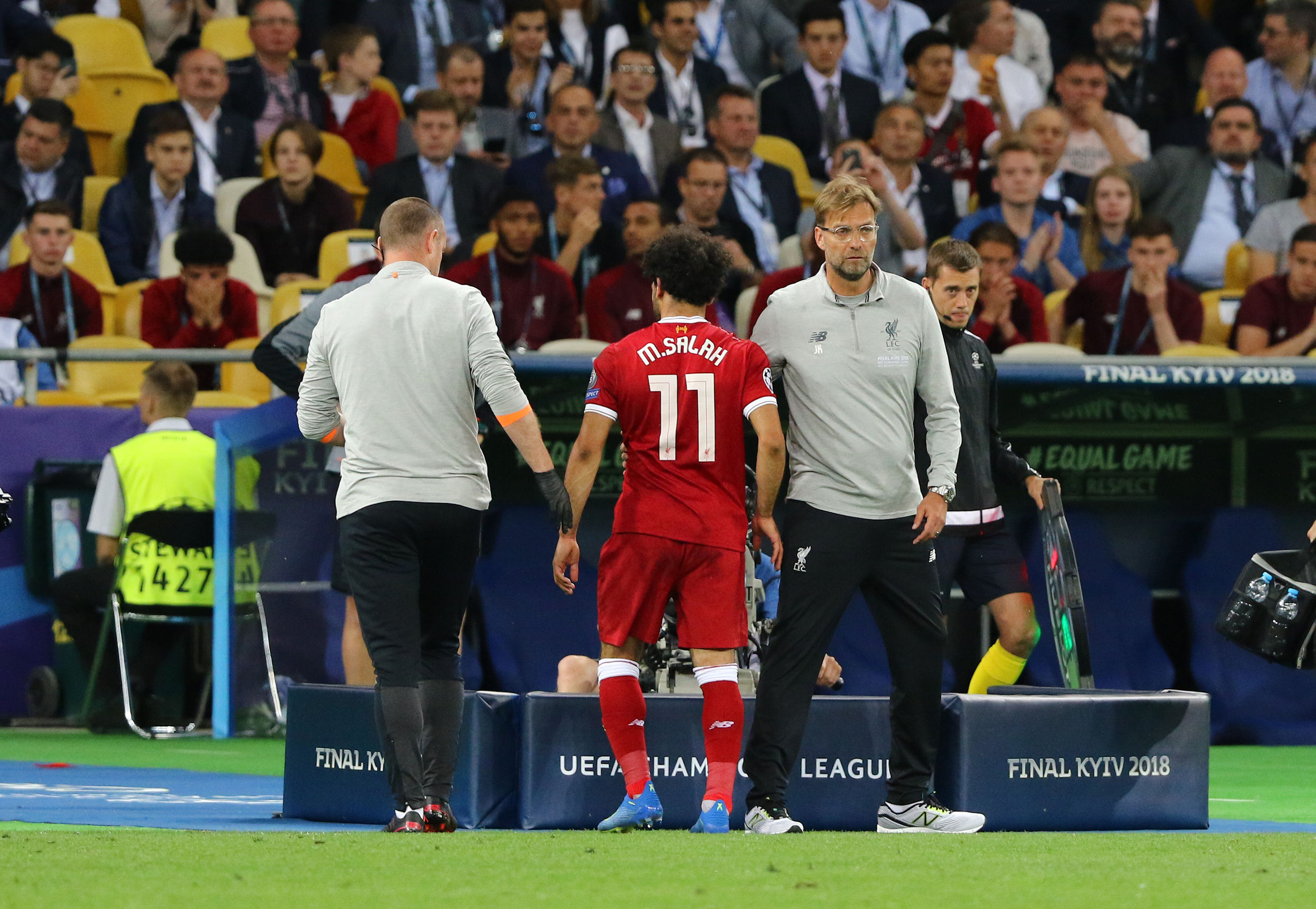 KYIV, UKRAINE – MAY 26, 2018: Substitution of Mohamed Salah (Liverpool) after he had been injured by Sergio Ramos (Real Madrid) during the UEFA Champions League Final 2018 game Liverpool v Real Madrid

Reports have come out suggesting that when the 27-year-old was made available, Liverpool boss Jurgen Klopp spoke with the club’s sporting director Michael Edwards about bringing him back to the club.

Coutinho’s departure in 2018 was looked as a step-back for Klopp’s side as they let go off one of their best players but the Reds have gone from strength to strength.

They managed to attain an incredible 97 points in the Premier League but missed out on the title by one point to rivals Manchester City.

However, they were able to win their sixth Champions League title in the club’s history, beating Coutinho’s Barcelona in a stunning semi-final comeback.

Now, they are on track for winning their first-ever Premier League having only dropped points once to Manchester United.

Meanwhile, Coutinho’s dream move did not pan out for him as he had hoped. The Brazillian fell out of favour with manager Ernesto Valverde who could not fit him into an attack consisting of Luis Suarez and Lionel Messi.

His performances, as a result, suffered tremendously and he looked like a shadow of his former self who had performed brilliantly in the Premier League.

With being Barcelona’s most expensive signing, the expectations were huge from both the club and fans but both turned on him leaving him with no option but to leave.

Bayern Munich ended up paying an £8m loan fee and £11m in salary to bring the attacking midfielder in, to replace the departing James Rodgriguez.

The loan move has not worked out great either despite contributing to 15 goals in 27 appearances as Coutinho has often been on the bench for Hansi Flick’s side.

With Thomas Muller’s resurrection in form, there has been no place for Coutinho to start and with the Bundesliga title race being very tight, Flick is not ready to risk starting the Brazillian.