Liverpool’s Lucas Leiva feels undervalued and is open to leave

According to the reports in media, Liverpool midfielder Lucas Leiva wants to leave Anfield and is intrigued by apparent interest from Inter Milan.

The Brazilian midfielder has been wonderful since his return to the first-team, starting Liverpool’s last seven matches and helping them go undefeated in that time.

As a result, the prospect of the 28-year-old leaving Merseyside this month is slim to say the least, but the media report claims that while Reds manager Brendan Rodgers has ruled out selling him, the player himself would be open to a move. 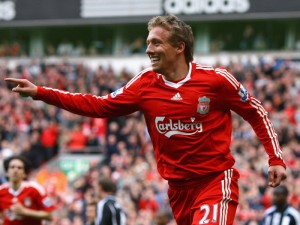 The report also adds that Lucas feels undervalued at Anfield, a strange statement given his clear importance as shown by the club’s record with and without him this season.

With Liverpool now looking very much on the up, selling one of their most important players with little time to replace him would be foolish in the extreme, and for that reason alone Reds fans should surely remain calm over the prospect of losing the player, at least in the short term.

In fact, Lucas’ existence on the pitch has coincided with improved Liverpool performances throughout the season, as the Reds have won 75% of the Premier League points available to them when the Brazil international plays, and just 33% when he doesn’t.