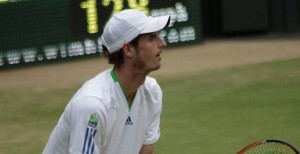 20th November brings with it the first day of the ATP Tour World Finals. This is the third year in a row London has hosted the event, where the O2 Arena is converted into one of the largest tennis stadia in the world for the week. It currently is contracted until 2012 to host the event, which signals the official end of the ATP Men’s tennis tour. The best 8 players in the world, as determined by the ATP World Ranking Points table, compete through groups to the knockout stages for a chance to win the most prestigious event behind the grand slams.

This year the line-up includes Djokovic, Nadal, Murray, Federer, Berdych, Ferrer, Tsonga and Mardy Fish. Murray has been drawn in the group containing Djokovic, Berdych and Ferrer, a tough test facing the world number three as he faces the current world number 1 and Berdych, the man who last beat Murray.

When asked about the current competition at the event world number 4 Federer said “If Djokovic is fit and Murray is fit, which it seems like he is, they will be difficult to beat, and Rafa, regardless of how he’s going to be, is always a tough customer.
“Everybody can beat everybody. I don’t feel like five, six, seven and eight have no chance, I definitely feel like they have a chance to go deep [into the competition].”

However, although no one would question the talent of players such as Tsonga, Ferrer and Fish, the event has become one final flourish for the top four to try and win some silverware this year.

For Murray, not only does the event give him the perfect home stage to win over the greats of Nadal and Federer and prove to the British public he can fulfill the large expectations they have of him, but it also will provide 1500 World ranking points for the winner, something that should not be dismissed if Murray is keen to move up the rankings.

Murray reached the semi-finals last year, having progressed from the group stages after a heavy loss to Federer, and will hope to go one better this year. When asked about his semi-final last year he told reporters: “It was disappointing to lose last year but it was a nice way to end the year.  I think it was voted the first or second-best match on the tour and both of us played some great tennis.”

“I set myself some new goals after the US Open: I wanted to try and finish No.3 and then get to the O2. So it [three wins out of three on the Asian Swing] has given me confidence. The final set in Bangkok against Rafa was probably the best set I’ve ever played on the tour.”