Home » Football » Arsenal » I have made a decision to join Arsenal and I am not going to change it, says Bielik

I have made a decision to join Arsenal and I am not going to change it, says Bielik

There are some positive transfer news for the Reds, as Krystian Bielik has confirmed he has decided to join Arsenal and expects a deal to be agreed soon.

The Gunners have been strongly linked with the Polish youngster in recent weeks and reports on Wednesday claimed that Arsenal would seen their second offer, believed to be worth around £1.6m, rejected by Legia Warsaw.

However, it appears Arsenal have now received a timely boost, as Bielik has confirmed he has decided to leave and join Arsenal, and hopes a deal between the two clubs will be agreed soon. 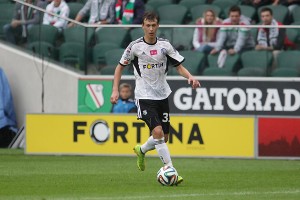 “I have made a decision [to join Arsenal] and I am not going to change it,’ he said”I am looking forward to an agreement between the heads of the clubs. I realise that the negotiations may take some time. I am, however, confident it will happen soon” he added.

As, Negotiations with Legia and Arsenal are ongoing but the Polish club will now be under even more pressure to sell now that Bielik has expressed his desire to leave.

In the end, the deal should eventually be agreed at around £2m and personal terms shouldn’t be a problem, so it looks like wenger close to sealing his first January transfer.