The Reds  defender Mamadou Sakho is prepared to leave the club in the summer if he fails to get a guarantee of regular first team football at Anfield.

He is currently enjoying a regular run in the team, has had to deal with injury worries this season, which saw him miss a big chunk of games towards the start of the campaign.

Although he is currently enjoying the confidence of the Liverpool boss, Brendan Rodgers has often been concerned about the inconsistent form of his defenders this term. 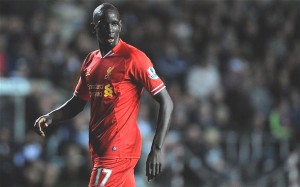 Meanwhile, the Northern Irishman is believed to be keen on making defensive additions in the summer, which could threaten Sakho’s position in the first eleven, while in any eventuality he faces strong competition from Martin Skrtel, Dejan Lovren, and the ever improving Emre Can.

According to reports, Sakho will consider his future at Liverpool at the end of the season if he is not assured of regular first team football.

As  Euro 2016 scheduled to be held in France next summer, Sakho is desperate to be part of the competition and is not keen on jeopardising his national team prospects by sitting on the bench at Anfield.

He has made 16 appearances for Liverpool this season and Rodgers will be desperately looking to reassure the defender about his future at the club or risk losing him.