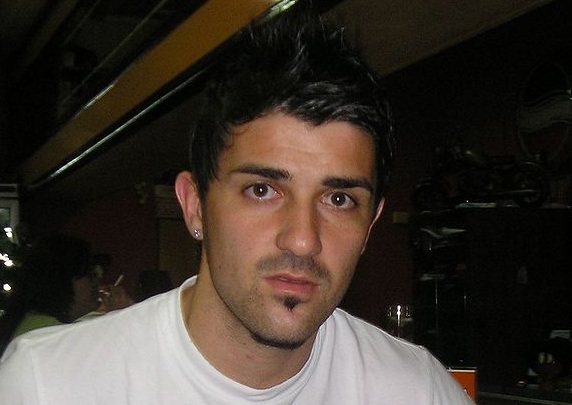 Manchester City will make an stunning deadline day swoop on Barcelona to sign striker David Villa after missing out on Robin Van Persie. Roberto Mancini is desperate to bolster his attack before the day is out after seeing Van Persie leave Arsenal to join local rivals Manchester United a fortnight ago. The City boss is now expected to move for 30-year-old Villa after his return from a broken leg and despite Barca’s reluctancy to sell the Spain international a bid between £40-50 million could see a deal reached. talkSPORT

Essien surprise target for Arsenal – Chelsea midfielder has emerged as a suprise target for Arsenal as they continue to search for Alex Song’s replacement. Arsene Wenger is keen to bring another defensive midfielder to the Emirates Stadium before the transfer deadline and is reportedly lining up a loan deal for Essien. The Ghana international is way down the pecking order at Stamford Bridge after two injury hit seasons and Roberto Di Matteo would consider letting him go. Although it’s unclear as to whether the Blues boss would allow him to join a close rival. Daily Mail

Wenger expects Walcott to stay – Arsene Wenger is adamant Theo Walcott will stay at Arsenal this summer despite speculation linking him with a move to Liverpool and Manchester City in recent weeks. The England winger is into the final year of his contract at the Emirates Stadium and looked certain to leave the North London club after failing to sign a new deal. But Wenger has dismissed such speculation saying Walcott “isn’t obsessed with money” and is confident an agreement can reached. Sporting Life

Pardew could make late move for defender – Alan Pardew has revealed he could dip his toes into the transfer market on deadline day after seeing Ryan Taylor lip off in last nights Europa League victory over Atromitos at St James’ Park. The full back hobbled off after 11 minutes with a serious looking knee injury. Pardew has endured a frustrating window only managing to bring Vurnon Anita in from Ajax and admitted after the game that he could move to sign a defender with Lille right back Mathieu Debuchy and Twente’s Douglas still on his radar. Sporting Life

Toffees hoping to sign N’Zonzi – Everton are looking to clinch a deadline day deal for Blackburn Rovers midfielder Steven N’Zonzi after he fell out with manager Steve Kean. The Frenchman is currently training with the reserves after a breakdown in his relationship with Kean and Toffees boss David Moyes is hoping to take advantage of the situation with a bid for the 23-year-old. Moyes is eager to boost his midfield at Goodison Park and is hoping to pick N’Zonzi up for a nominal fee. The Mirror