Its Man City v Man Utd in the Manchester Derby with the game live streaming, plus odds, match preview and team news as Paddy Power offer 14/1 on United taking all three points today.

The Premier League holders Manchester City face their closest rivals Manchester United in the pair’s first derby of the season.

Manchester City endured a poor week, losing in both the Premier League and exiting the Capital One Cup.

City’s rein as Capital One Cup holders is over after they lost 2-0 at home to a heavily rotated Newcastle United side.

Manchester United rescued the latest of points at home to Chelsea last weekend, in arguably their best performance of the campaign.

Having dominated the first half United fell behind early in the second period when Didier Drogba headed home from a corner.

With time running out, Branislav Ivanovic was shown a second yellow card and from the resulting from free-kick, Robin van Persie smashed a loose ball home.

In the early days of David Moyes’s Manchester United reign, they were convincingly beaten 4-1 at the Etihad, with Sergio Aguero scoring twice. 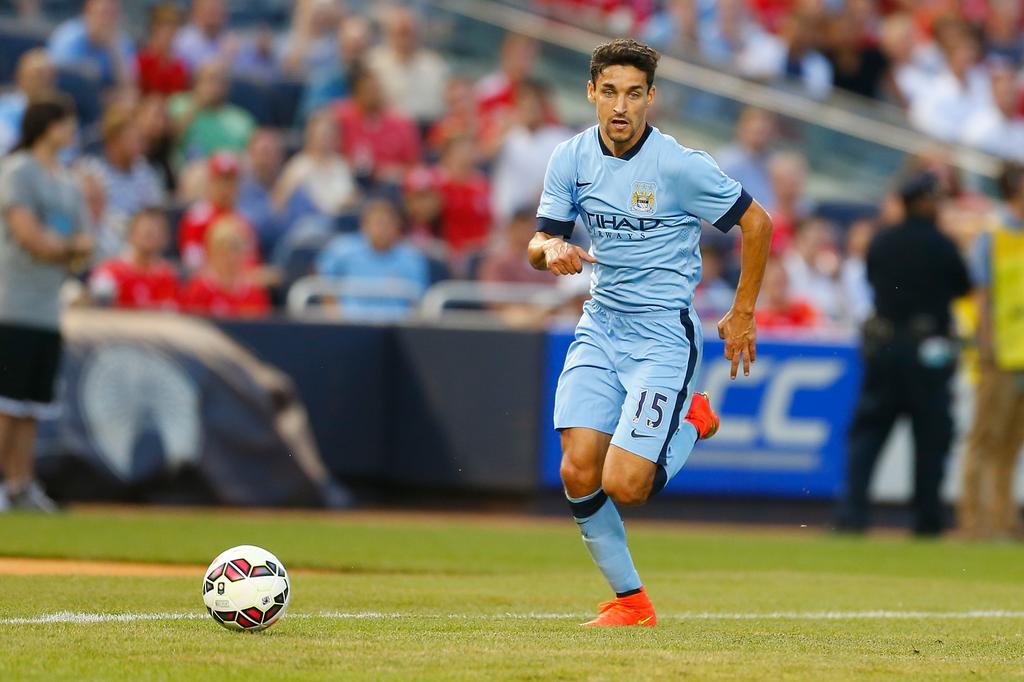 Team news
David Silva has been ruled out through injury, meaning Samir Nasri’s return to fitness is well timed for Manuel Pellegrini.

Martin Demichelis could start ahead of Eliaquim Mangala, with the likes of Van Persie unlikely to get in behind often.

James Milner is likely to come in, whilst Edin Dzeko may not start after a poor showing against West Ham last time out.

Wayne Rooney is expected to start, despite being an injury doubt, and will feature for the first time since a red card against West Ham.

One forward who won’t play is Radamel Falcao, as the striker has been ruled out, meaning Robin van Persie will lead the line.

Phil Jones is still out, meaning Chris Smalling will again partner Marcos Rojo in the heart of United’s defence.