Home » Football » Chelsea » Man City v Chelsea odds : 6/1 on offer for both teams as betting heats up in Manchester

Man City v Chelsea odds : 6/1 on offer for both teams as betting heats up in Manchester

Latest Man City v Chelsea odds, free bets and match preview as the betting heats up with 6/1 on offer on either Manchester City or Chelsea to win, with Winner.co.uk boosting the prices of these two sides in this titantic clash at the Etihad.

Manchester City earned a 2-2 draw away to Arsenal last time out, with Martin Demichelis earning a late point for the visitors.

Sergio Aguero had given City the lead, before Arsenal turned the game on its head through Jack Wilshere and Alexis Sanchez.

In the Champions League, Manchester City lost 1-0 away to Bayern Munich, thanks to a late deflected effort from Jerome Boateng. 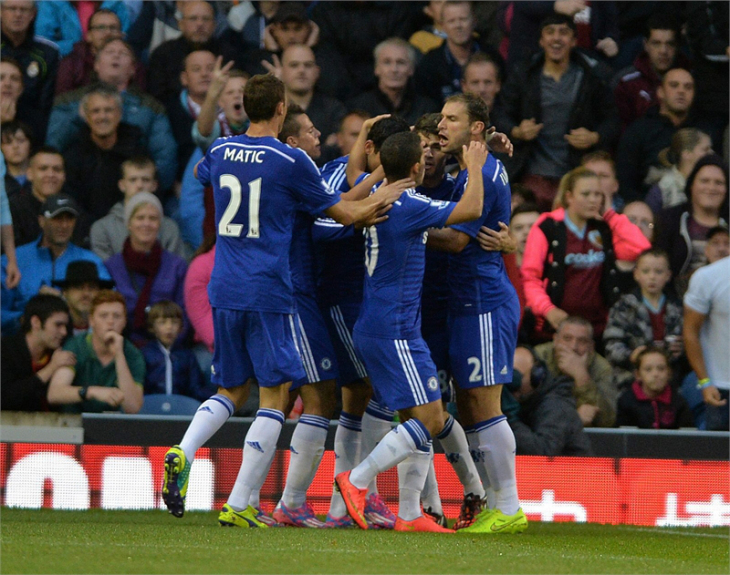 Chelsea recovered from a goal down to thrash Swansea in the league, with Diego Costa scoring a hat-trick for the Blues.

Loic Remy was also among the scorers in the win that extended Chelsea’s perfect start to the Premier League campaign.

A 1-1 draw at home to FC Schalke was a far from ideal start to their Champions League campaign, however they should still qualify.

Last season Chelsea did the double over Manchester City, winning 1-0 at the Etihad in a stereotypically disciplined Jose Mourinho display.

Branislav Ivanovic scored the only goal in the first half, although Chelsea could have had more with Eden Hazard superb.

Fernando Torres scored the winner in the reverse fixture, a late 2-1 win at Stamford Bridge following a Joe Hart error.

Edin Dzeko is a doubt for the weekend fixture and Aguero is likely to lead the line on his own this Sunday.

David Silva is likely to start in the number 10 role, with James Milner set to feature as City opt for five in the midfield.

Pablo Zabaleta missed the Bayern loss through suspension, and will return at the expense of Bacary Sagna, whilst Fernando is out for the champions.

Costa will start despite fears over his fitness, with Remy and Didier Drogba to be named as substitutes.

Nemanja Matic excelled at the Etihad last term and will play alongside Ramires in central midfield, with Cesc Fabregas set to be pushed further forward.

Willian or Andre Schurrle will start from wide midfield, with Oscar likely to miss out.