Manchester United host Istanbul Basaksehir in the Champions League on Tuesday, with the Red Devils aiming to gain revenge for the 2-1 defeat which they suffered in Turkey three weeks ago.

United’s defending was nothing short of calamitous in Istanbul, with Demba Ba afforded the freedom of the pitch to gallop through and squeeze the ball past Dean Henderson to open the scoring.

With RB Leipzig and Paris Saint-Germain facing each other in the other game in the group, United have a chance to extend their lead at the top of the group and put themselves in a strong position in terms of qualifying for the knockout stages. 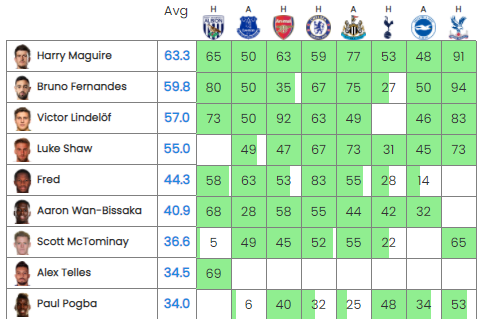 I fancy them to get the job done, but their match odds of 1/4 do look on the skinny side given how they tend to struggle against sides sitting deep, as Basaksehir did to great effect in the previous meeting.

To get more value, then, I’m heading to bet365’s Bet Builder. Romanian referee Ovidiu Hategan has shown the away side at least one yellow card in all of his last 20 matches in all competitions, with the away team receiving two or more in his last four matches in this competition. Basaksehir have received seven in their three European matches, meanwhile, and are likely to foul frequently to disrupt the flow of the game.

Both teams to score has landed in their last five games in all competitions, suggesting they are not as proficient defensively as United made them look in the previous meeting. I fancy United to score twice (Basaksehir also scoring would be no surprise), so will back United to win, Over 1 Goals for Both Teams Combined, and Over 1 Cards for Istanbul Basaksehir as an even-money shot:

With Edin Visca registering at least one shot on target in all three of his Champions League matches, including scoring against United, I was keen to back the Bosnian winger to hit the target once more, but he’s a little short with most bookmakers for my liking given how infrequently Basaksehir may penetrate United’s half.

It would also be no surprise to see United earn another penalty, having done so in two of their three Champions League games this season. Romanian referee Ovidiu Hategan averages awarding a penalty almost every three matches in this competition, including in four of his final five matches last season, but is yet to point to the spot in his three matches so far this campaign. United are 5/2 to score one, with one being awarded to either side 7/4 (bet365).

I’m going to attack the same markets I backed with success in the last meeting between these sides: Rafael tackles and a Martin Skrtel yellow card.

Both have very different types of history at Old Trafford, with Rafael spending seven very successful years there, and Skrtel having plenty of running battles with United during his eight years at Liverpool.

Rafael has made four or more tackles in all three of his Champions League matches this season, including six against United, and is likely to be up against Marcus Rashford in that area of the pitch. Rashford attempts more dribbles than any other United player, which tends to draw tackles and fouls. Rafael is 11/8 to make 3+ tackles and 7/2 to make 4+ once again (Sky Bet).

Skrtel, meanwhile, was booked for a late foul on Antony Martial in the last meeting between the sides. The 35-year-old is averaging two fouls per game in the Champions League this season, as well as being booked in two of his six league matches, and is likely to come under plenty of pressure on Tuesday. Odds of 11/4 (Sky Bet) for him to be carded once more look generous.

I’ll be requesting Rafael 4+ tackles and Skrtel to be booked, too, which should be around 16/1.