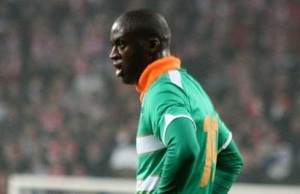 His comments come two weeks prior to what will be a stern test for Roberto Mancini and his Manchester City side as they return from the international break to face Liverpool, Newcastle, followed by Arsenal and Chelsea in what could see them begin to run away with the title if they remain unbeaten.

Toure also insists that they could field their second string of players in the Champions League.

“We have more than one team now, we have got two teams, if you see the team that beat Wolves 5-2 in the Carling Cup, people said it was the second team. For me, it is not the second team because everybody is good enough to play.”

“The team that played against Wolves in the league at home won 3-1, but it was difficult. We have got two teams now that can both play in the Champions League. We have got a fantastic squad and everybody is improving. For me it is amazing.”

Toure also insisted that for the side to remain unbeaten will be very tough and when asked if his side were close to being as good as Barcelona he admits that they are far away from being that good.

“I came here because I wanted to make history. I want to be part of history at this club. For me it’s the most important thing. We try not to think about going unbeaten, because the Premier League’s not easy and other teams will try to beat us. We have tough, tough games and coming up in a couple of weeks we have Liverpool, Newcastle at home, Arsenal and after that we play Chelsea. It will be very difficult but we hope we’ll continue unbeaten.”

On the current Champions of Europe, Toure said:

“Honestly I think we are far away. Barcelona are an amazing club with a fantastic squad, I think most of the best players in the world are already there, Xavi, Andres Iniesta, Lionel Messi, Gerard Pique, Dani Alves. They are a fantastic squad. To become like them, we have to work hard and we have to win some trophies. We will continue to work hard to become like them.”