Manchester United asked to pay up for Marquinhos

The cash laden Ligue 1 giants have warned Louis van Gaal and co that they will have to pay more than 50 million pounds if they want to sign Marquinhos. 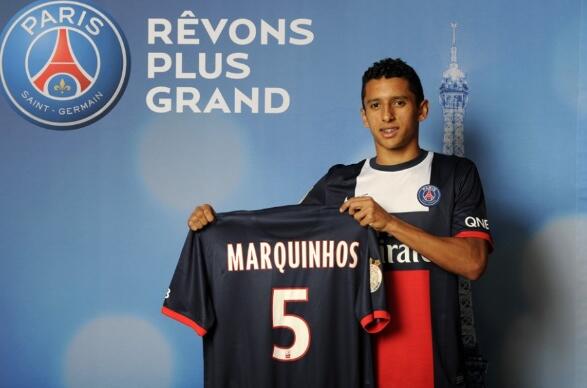 After stumbling through a 0-0 draw against Cambridge United a few nights back, many media personnel criticized the team’s strength in character and defensive abilities. And Van Gaal knows that he really needs to find a quick solution to the team’s problems if he is to turn the tide.

And, the English giants have already informed PSG that they will be coming back for Marquinhos in the summer transfer window after Les Parisiens rejected the first bid.

The 20 year old joined Laurent Blanc’s side 18 months back from AS Roma for 23.4 million pounds but has largely been used as a right back in order to accommodate David Luiz who arrived at Parc des Princes from Chelsea last summer.

And, PSG are willing to let go of the young defender but would not settle for anything less than 50 million pounds which would be a record breaking transfer for a defender who could be one for the future.