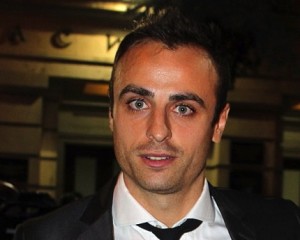 Despite the forward recently being offered a one-year contract extension at Old Trafford, Dimitar Berbatov is set to be offered a return to former club, Bayer Leverkusen, in a deal that would see Renato Augusto coming in the opposite direction.

The Bulgarian has seen a recent surge in performance after a summer of speculation linking him with a move away from the club, earning the supposed extension.

However, his quality appearances against the likes of Wigan, Blackburn and Fulham may not be enough to keep him at the club for the extent of the extended deal, with some speculating that the new deal is only being offered to stop the forward from leaving on a free transfer when his current deal runs out in the summer.

Bayer Leverkusen was Berbatov’s first major European side and it was at the Bundesliga side where the centre-forward originally raised the attention of Tottenham Hotspur before completing a move in 2006.

The 30 year-old made over 200 appearances for the Werkself, scoring over 90 goals in the process and the German outfit may be keen on signing the Manchester misfit once more.

The lanky Sofia product may have been the joint winner of last season’s Premier League Golden Boot, however the forward was famously left out of United’s Champions League final clash with Barcelona.

Sir Alex Ferguson continues to omit Berbatov from his lineups when facing bigger teams and isn’t expected to figure into the Scot’s plans for much longer.

It’s easy to see why Ferguson would pick out Augusto as part of the player-plus-cash deal, given the Red Devils’ current lack of creative midfielders, with Tom Cleverley (ankle) and Darren Fletcher (illness) out of action for the foreseeable future.

The current Premier League champions continue to be linked with a move for Inter’s Wesley Sneijder, but a move for lower profile Augusto is much more likely as well as more affordable.

The Brazilian star has made a big name for himself playing in Germany and at the age of just 23, is one of Leverkusen’s more consistent performers who can provide endless supply for his forwards.

Augusto recently suffered a knock to his knee but is expected to return to action this month, before the end of January’s transfer window.

Any deal that takes Berbatov away from Old Trafford will be valued at around £12m, leaving Manchester United with another £3m to fork out if they expect to prise Renato Augusto away from Bayer Leverkusen should the swap be accepted.