Despite being offered a new deal with better terms, Wesley Sneijder has decided that his Turkish adventure is coming to an end with the Netherlands international telling the club’s authorities to allow him to leave the club this January.

Sneijder, who came through the ranks at Ajax Amsterdam, has been hotly linked with a move to Italian Serie A champions, Juventus. And although Southampton are also keen on signing the former Real Madrid man, Juve have a much bigger chance of landing the player.

However, it appears that the Turin giants will not have an easy ride in their mission to sign the Dutchman after it was reported that Manchester United have reignited their interest in the Champions League winner. 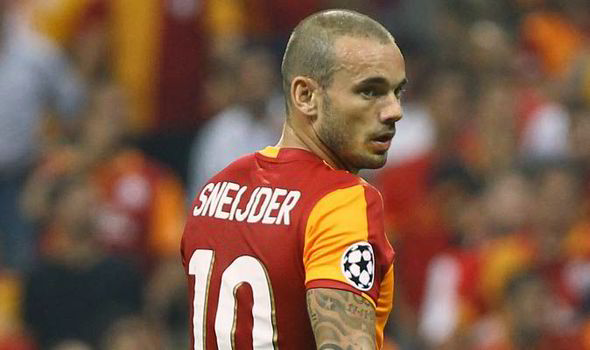 During Sir Alex Ferguson’s last years as the manager of the Red Devils, Sneijder was hotly linked with a move to Old Trafford. But wage demands and Internazionale’s reluctance to deal with the English giants meant that the move never materialize.

However, Louis van Gaal is keen on having the player in his rosters despite his advancing years since he feels that Sneijder can really help the younger players at the club.