Despite the Portugal winger claiming that he has a future at Old Trafford, the Red Devils are keen on selling the player who is currently on loan at Sporting CP

Reports claim that despite being given assurances about his Old Trafford future, Manchester United will be seeking a buyer for the Portugal international during the summer transfer window. 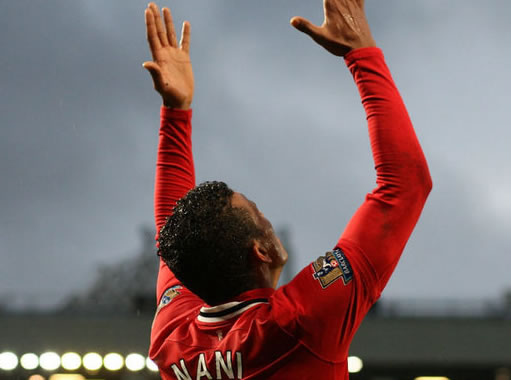 The biggest concern in any future deal is the winger’s 100,000 pounds a week wages that in past have dissuaded suitors from signing him. The player is currently on loan at Sporting Lisbon where he has more or less restored the reputation that he had lost in his last few seasons in the Premier League.

And although the club acknowledges the improvements he has shown in Portugal, Louis van Gaal does not see him as part of his plans in the grander scheme of things.

Nani has three and a half years left on his contract and is not really looking to break free from it which means that United could even face the prospect of offering the player a settlement which will cost them some money.

And if things do not work out, United might again loan him out to another club during the summer transfer window.