Everton full back, Seamus Coleman has established a reputation as one of the best full backs in the game today. Since the arrival of Roberto Martinez, the Republic of Ireland international has really come to the fore and refined his game so much that he is now being considered as more than just a bench luxury for many top clubs in Europe.

And it appears that the player’s hard work has not gone unnoticed with Manchester United manager, Louis van Gaal looking to make an offer to Everton for the player that they might find really hard to turn down. 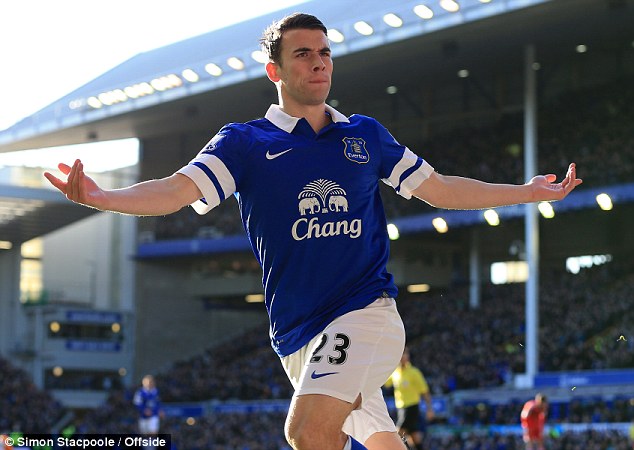 With Rafael da Silva the only recognized right back in the squad and struggling with multiple injuries, Van Gaal is keen on signing Coleman whose injury record is not a cause for concern. Moreover, the Irishman is also a very sound defender apart from the fact that he contributes a lot when helping his team in attack.

United are reportedly preparing a 25 million pound offer for Coleman and are confident of securing the player’s services this January as Everton get ready to fend off interest in many of its players in the final few weeks of the January transfer window.