According to reports, the Red Devils are exploring the possibility of getting their hands of the Juventus star who learned his trade at Carrington a few years back

Although it seems very unlikely for him to make a return to Old Trafford, it is clear that Manchester United are going to do their best in order to be reunited with a player who was once touted as the next best thing coming out of the club’s fabled academy.

Paul Pogba, along with Ravel Morrison was not offered a new contract by Sir Alex Ferguson are after becoming a free agent, the Frenchman signed for Juventus where he has established himself as one of the best midfielders in the world. 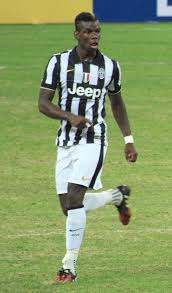 And, United are keen on acquiring the player once again after moves for Cristiano Ronaldo and Gareth Bale hit a snag due to Real Madrid’s hesitance in dealing with the English giants so soon after they already lost the services of Angel Di Maria.

Moreover, Louis van Gaal has been given 150 million pounds to spend this summer and is keen on splashing a lot of amount towards Juventus in order to sign a player who will definitely be adding much needed grit in the middle of the park.