Manchester United to be offered Miranda

In what would be a really good piece of news for the Red Devils, the club could be in line to make a move for the Brazilian defender this January

According to reports from various sources, reigning La Liga champions, Atletico Madrid, are looking to offer star defender Miranda to the top clubs in the Premier League in a bid to raise some money for reinforcements.

Reports also claim that Louis van Gaal’s side are in pole position to acquire the Brazilian’s signature who is also very keen on a move to Old Trafford where he feels he will further improve under the guidance of Van Gaal. 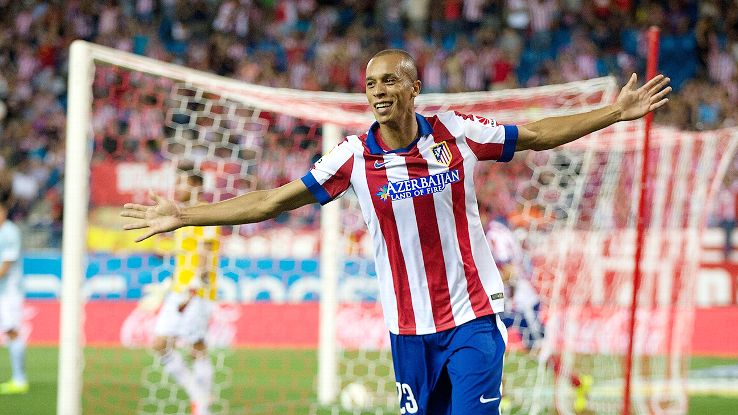 Since joining Diego Simeone’s side back in January 2011, Miranda has been a key figure for Atletic, helping the club to reach new heights. However, the defender is very keen on testing his luck elsewhere and experienced life in another top European league.

Meanwhile, the Red Devils are prepared to wait till next summer to snap up Seamus Coleman from Everton. The Irish full back is a hot target for the Red Devils and will command a fee in the region of 20 million pounds.

United were keen on signing him this January but it is very unlikely as Everton manager, Roberto Martinez will never sanction a move for such an important player halfway through the season.