Manchester United to opt for a French defender

Despite being considered as one of the most talented young defenders in world football today, France international, Raphael Varane is finding it really hard to break into the Real Madrid first team where he has to compete for a place in the starting XI with the likes of Sergio Ramos and Pepe – two players who Carlo Ancelotti prefers over the former RC Lens man.

Now, it is being reported that the youngster has grown disillusioned at his lack of playing time with the European Champions and is keen on switching clubs in a bid to stay in contention for a regular place in the France national team. 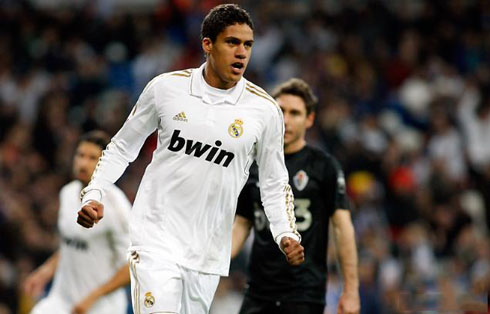 A few years back, Varane came really close to sign for The Red Devils but eventually signed for Los Blancos after a phone call from Zinedine Zidane.

However, things have changed drastically over the past months and Varane is no longer seen as an integral member of the team by Ancelotti.

And van Gaal, who is already out in the market for a new center back, feels that Varane could be exactly the type of defender who would fit in perfectly to his football philosophy.