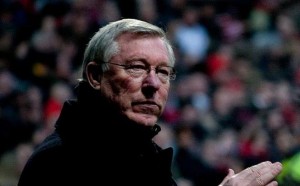 Following their recent string of injuries, Manchester United are rumoured to be planning a revival of their chase for Udinese defender, Mehdi Benatia.

The Premier League champions have found themselves slightly lacking in defensive numbers, forcing Sir Alex Ferguson to use an ever-shifting backline over the past month.

Amongst the casualties lies Fabio, Rio Ferdinand and of course the devastating blow of Nemanja Vidic who will miss the rest of the season thanks to a twisted knee suffered against Basel last month.

The Red Devils have been constantly unfortunate with their short-term injuries as well, with Johnny Evans, Chris Smalling and standout star Phil Jones all sustaining knocks of late that have led to Antonio Valencia and Ezekiel Fryers having to fill in at the back.

Benatia was rumoured to be on the radar of Sir Alex Ferguson in recent months but rumours were swept aside once the Scot announced in early December that his side would not be making any signings in the January transfer windows.

However, that decision may have been altered in recent weeks after the manager has witnessed how easily the makeup of his squad can change, especially with the season-long omission of Vidic.

Despite their failure to qualify for the Champions League, the Bianconeri can still boast a magnificent domestic campaign of which their defence has been a key highlight.

After 15 games, the side have only conceded seven goals, with Benatia holding a certain amount of responsibility for that incredible statistic.

The 24 year-old has increased his level of play according to his surroundings, after transferring to the Serie A outfit from French side Clermont in 2010.

Despite the fact that the Moroccan international is contracted to Udinese until 2015, Manchester United have caused bigger upsets in the past and could tempt the centre-back if a serious offer is made.

If Ferguson were to go against his word and look to sign the defender, it’s thought that a bid of £14m would be needed to bring Benatia to England.