After not being able to sign the Chile international during last summer’s transfer window, Louis van Gaal has decided to try again this summer 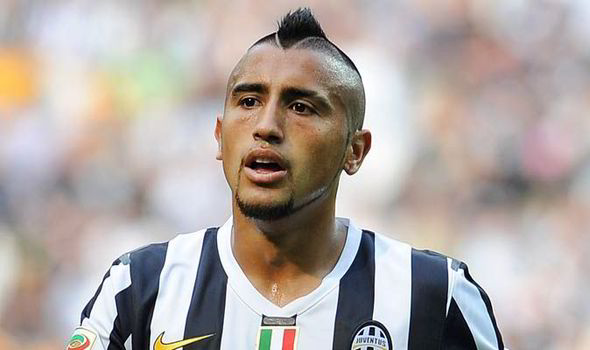 Despite not being able to sign Juventus star Arturo Vidal soon after the world cup, Manchester United manager, Louis van Gaal is set to give it a shot one more time as he seeks to acquire the services of a player who can operate as a box to box or holding midfielder.

The Chilean international has reportedly grown tired of life in the Serie A and has started having problems with current manager, Massimiliano Allegri with whom he has reportedly had a fall out.

Reports claim that the former AC Milan manager was unimpressed when the 27 year old reacted angrily to being substituted in a recent game against Parma and now, United could be set to take advantage of the situation.

However, The Red Devils boss is careful not to pay a lot of money for a player who has had his fair share of knee issues.

Regardless, the Dutchman will be looking to approach the reigning Italian Serie A champions and current league leaders this summer as he is now unlikely to go for Roma man Kevin Strootman who has once again aggravated his knee injury.