The Uruguay international only signed for Paris Saint-Germain a few years back from Napoli but has literally grown tired of life in the French capital largely due to the fact that he has been played totally out of position by manager Laurent Blanc. 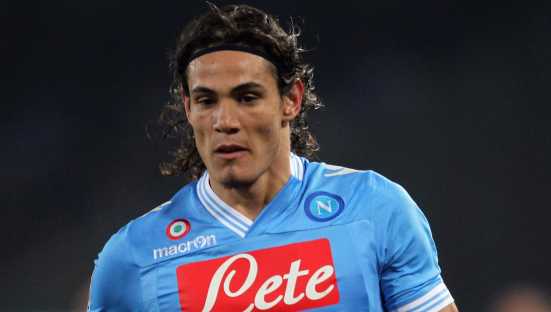 Moreover, the former Palermo man also has to play second fiddle to Zlatan Ibrahimovic which has further compounded the striker’s misery. And now, following number of issues off the field and bans imposed due to those issues, Les Parisiens are willing to let go of Il Matador and would allow him to leave Parc de Princes if the right offer is put on the table.

Meanwhile, Manchester United have grown frustrated with the lack of progress Radamel Falcao has shown since arriving at Old Trafford from AS Monaco on a season long loan. The Colombian international has been unable to show the form that made him such a huge star in Spain during his stint at Ateltico Madrid.

And reports suggest that The Red Devils are ready to part ways with 50 million pounds in order to convince PSG into letting go of a player who clearly has no future with the Ligue 1 giants despite helping them to back to back Ligue 1 titles.