After failing in his attempts to bring in any center back to Old Trafford, Louis van Gaal is considering to make a move for the Netherlands international

The Netherlands defender was hotly linked with a move to Manchester United last summer when van Gaal was given the managerial responsibilities at Old Trafford. However, Indi eventually left Feyenoord and signed for Portuguese league giants FC Porto where he has shown just why he was receiving raving reviews while representing Oranje at the 2014 World Cup in Brazil. 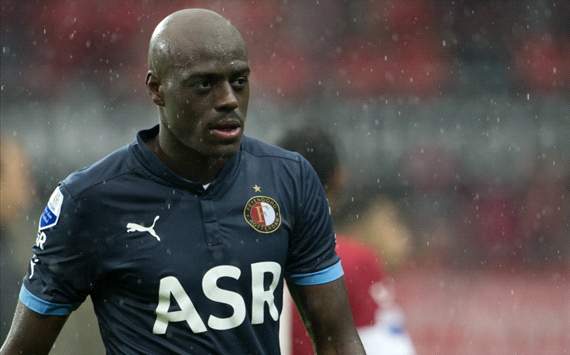 Porto paid Feyenoord around 5.8 million pounds for the defender and are looking for somewhere around 10 million pounds in order to be convinced into letting go of a player who has become an important member of the Dragons’ starting XI.

However, with the likes of Mats Hummels and Nicolas Otamendi not likely to join the club halfway through the season, Van Gaal is again considering the possibility of a reunion with Bruno Martins Indi who is one of those players whose presence will definitely improve the team.

And the Dutchman is also keen on one day playing under Van Gaal again.

“Spiritually, I still have contact with Van Gaal. I think about him and I think he also thinks about me,” said the youngster, thus confirming that a reunion could be on the cards.