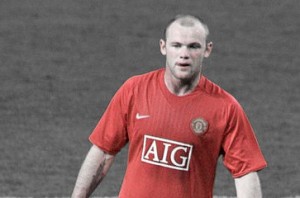 Manchester United forward Wayne Rooney could miss the next Premiership fixture when the Old Trafford side host Newcastle United at the weekend.

Sir Alex Ferguson though believes there is still a chance that Rooney – who has a hip issue suffered against Swansea City last weekend – could feature in the game and it shall be left to the final few moments if required.

Talking after the recent 2-2 draw in the Champions League group stages against Benfica, Ferguson said:

“He wasn’t fit for tonight, so we need to wait to see what he is like over the next few days. We will give him every chance, of course – we did for today, but he wasn’t really fit, so we’ll just have to wait.”

Newcastle United return to Manchester a week after suffering defeat against United’s rivals Manchester City with Sir Alex Ferguson’s side keen to close the gap on their “noisy neighbours” who face a tough away trip to Anfield where they will face sixth placed Liverpool.