Despite registering a rather comfortable win over Yeovil Town in the third round FA Cup tie in Somerset, Louis van Gaal has lost a crucial player to yet another injury

It appears that every time United put together a good run of results, these results always come at a cost – a cost that is being paid by a player getting injured. Already, United is short on numbers and not at full strength. Even though the likes of Ander Herrera, Angel Di Maria, Marcos Rojo and Daley Blind are fully fit, it appears that their recovery gave enough time to Rafael to get himself injured.

The Brazil international full back, who had only recently returned from injury, fractured his cheekbone during the 2-0 win over the Somerset club and could be out for quite some time. 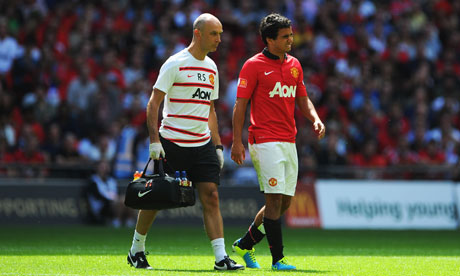 And if that was not enough, Luke Shaw, another player who had only recently returned to full fitness, picked up a known to his ankle and could be out for at least a few days which means that United is without a recognized and experienced full back down both flanks.

And although Louis van Gaal has stated that he is still waiting to see the final report on Rafael but did not sound very confident about the probable return date for the young Brazilian.