The Red Devils were clear favorites to sign the Netherlands international but that might not happen after Galatasaray offered him a new deal.

It appears that the dream of many Manchester United fans to see the former Internazionale playmaker play for their beloved club will never become a reality.

In his last few years as the club’s manager, Sir Alex Ferguson tried to sign the Dutchman but later on, the idea was discarded due to the player’s wage demands. Since then, Sneijder has transferred to Turkish giants Galatasaray where he is producing the displays that make him one of the classiest midfielders in the game today. 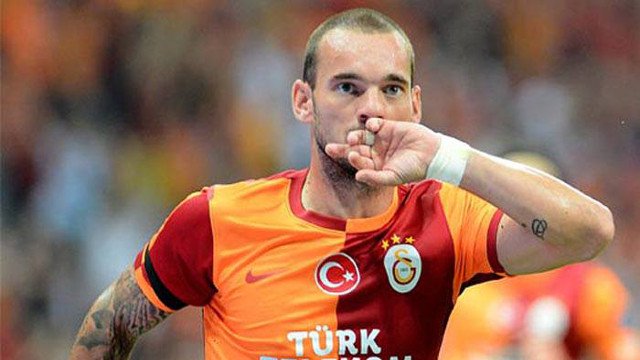 A few weeks back, it was thought that the player would leave Turkey this January, a rumor that alerted the likes of Manchester United and Southampton. However, it appears that the scenario has changed once again after the experienced Dutchman was offered a new deal with improved terms by Gala.

And, reports claim that Sneijder is very happy with the new deal that has been offered to him and could be willing to extend his contract by two years and once again help the club reestablish itself in Europe.

The news comes as a huge blow to United who thought that they might be able to get their man for a nominal fee.