Louis van Gaal has identified Seamus Coleman as a transfer target with the Manchester United manager retaining an outside hope of landing the Everton right-back in the January window in a deal that would be worth at least £20m to the Mersey side club.

The Red Devils believe that it is more likely Coleman can be signed in the summer but are exploring what would represent the considerable coup of signing the 26-year-old next month.

Remember, the winter window is notoriously difficult to make the signing of a long-term option rather than a stop-gap player as the selling club is usually particularly reluctant to allow a key member of the squad to depart then. 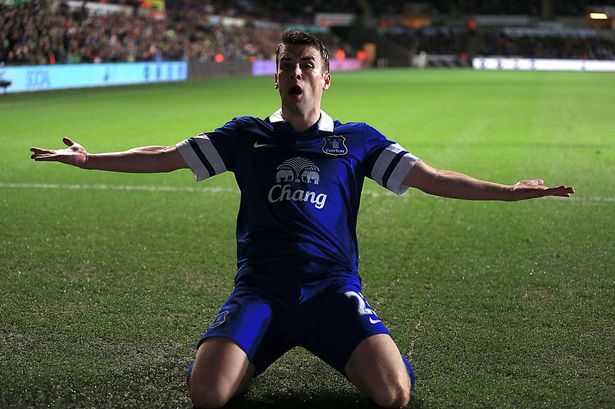 The Dutchman manager wants to sign a high-class right-back as he has little faith in Rafael da Silva, the only established player in the position in his squad.

Two weeks ago Van Gaal admitted he left the Brazilian out of the match day 18 for the 3-0 win over Liverpool.

“Rafael is not injured. Last week he was fit but I have to select on merit” said Van Gaal.

Da Silva can be unreliable defensively with Van Gaal believing Coleman is more robust while being impressed with his pace, an attribute that would allow the Republic of Irishman to slot into the manager’s wingback system.